An ongoing series that deals with the connection between ‘Land – Sky – Sea’ and how they echo/reflect each other. 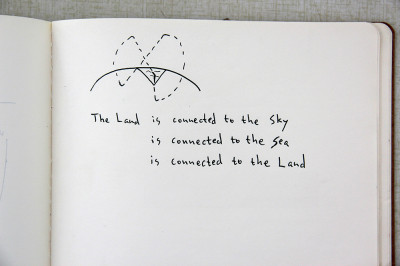 And Back Again (the Sea)

A site specific sculpture made for the exhibition Gränssnitt Östersjön in Smygehuk, Sweden, 3/8 – 1/9 2013.

Smygehuk is the southernmost piece of Swedish land before meeting the sea, it’s the transition between a solid and a liquid form. For many years the lighthouse and the fog horn was communicating outwards to the sea, it was the fixed point to whom ever was out there in darkness, mist and storm. I wanted to change the communication inward by building an acoustic radar that carries the sound of the sea back to land. 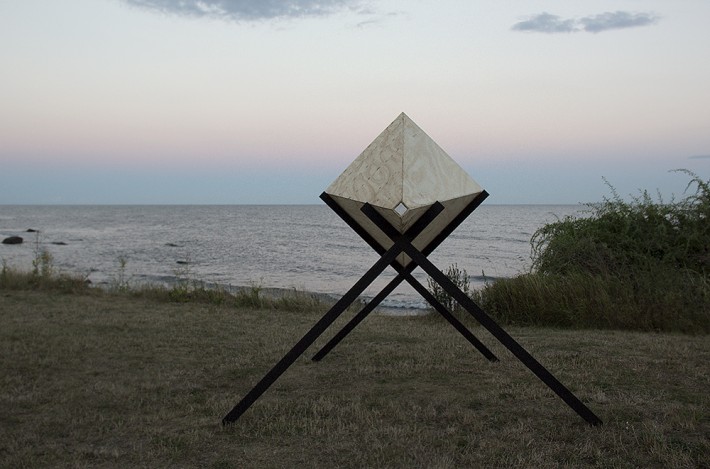 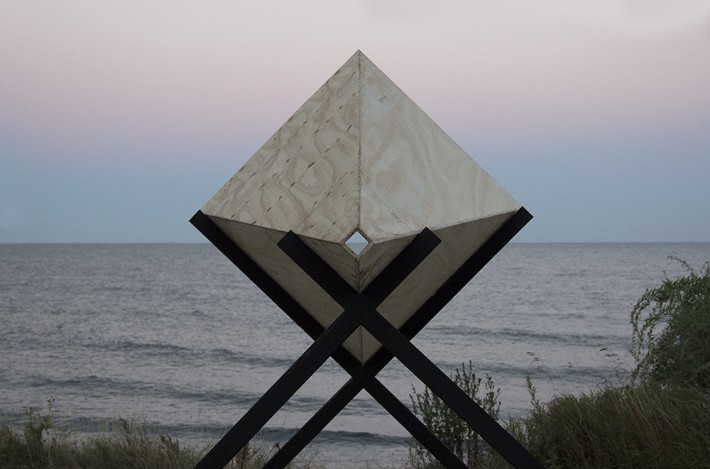 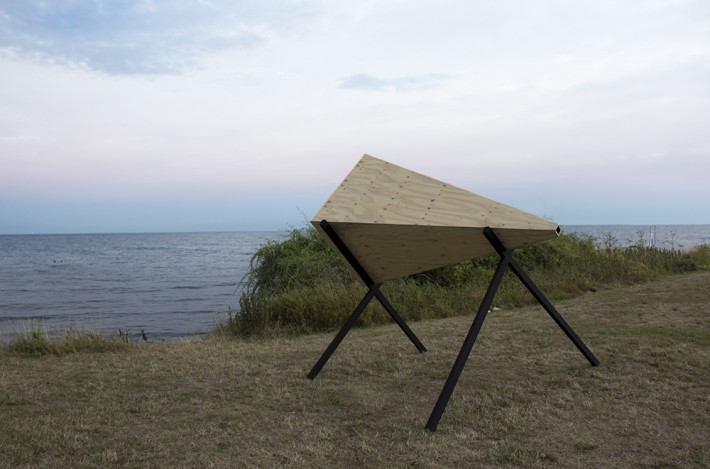 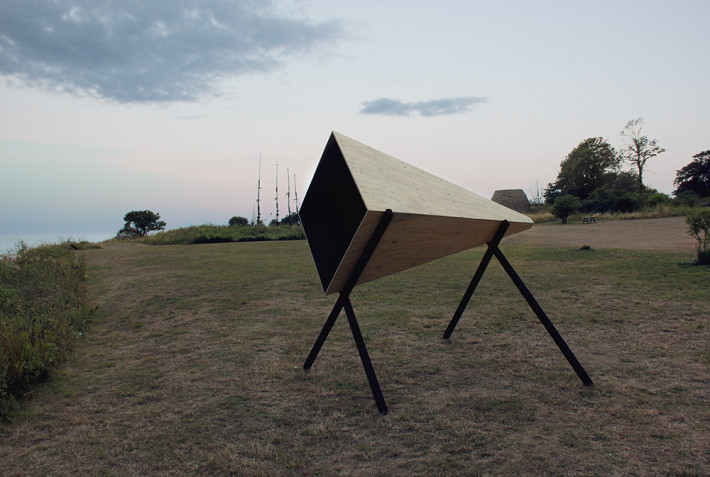 And Back Again (the Well)

Tussen–ruimte (between–space) opens alleys, hidden courtyards and other unused spaces in the Amsterdam canal area, in collaboration with artists and architects.

And Back Again (the Well) was made for the hidden garden behind the Krijtberg church in Amsterdam. Being in a narrow space with high walls surrounding you, you tend to look up, as if you’re instinctively searching for that free space. Like an echo back I wanted to bring down the sky.

The Well is tornado shaped which gives the illusion of a dept that goes on further than the eye can see. A blank surface of water reflects the sky and brings the intangible closer; a recurring attempt in religion and places of worship. 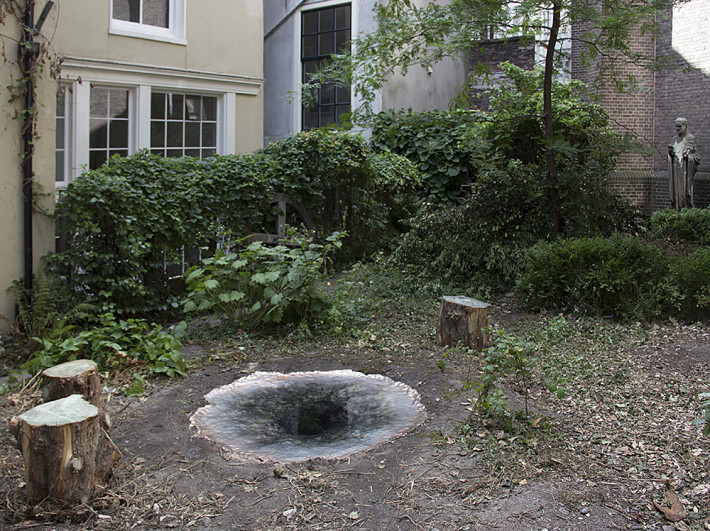 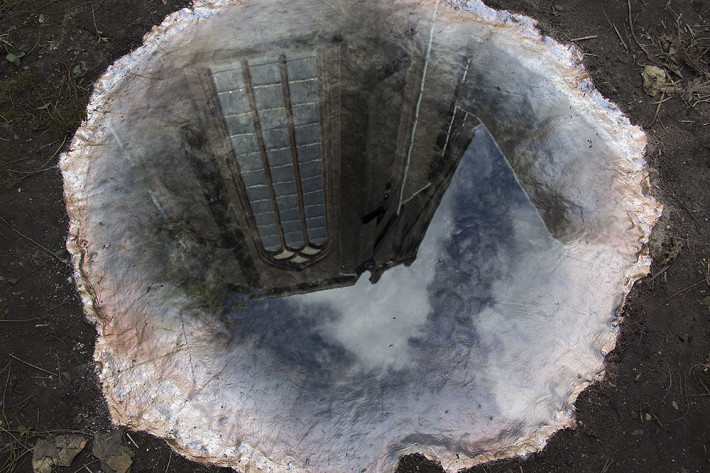 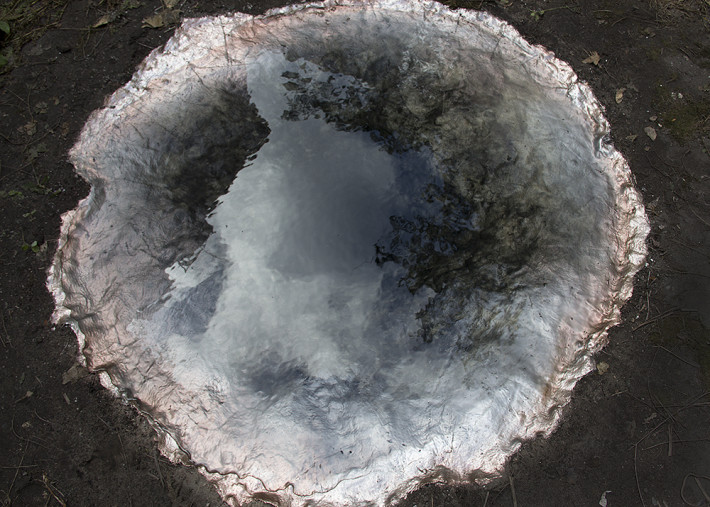 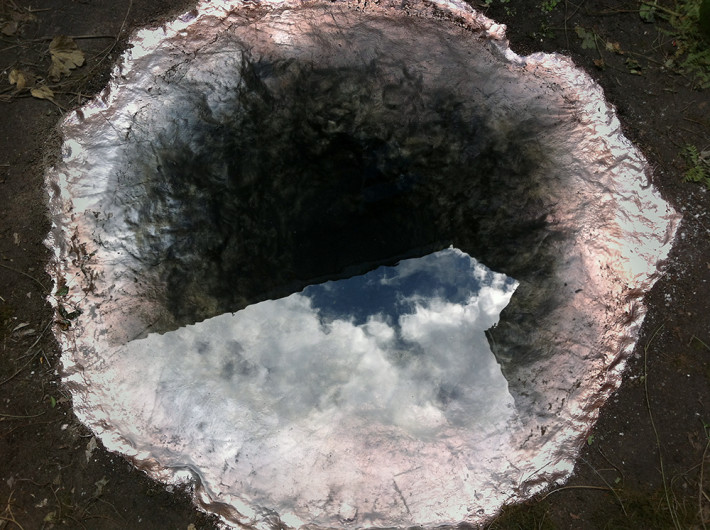